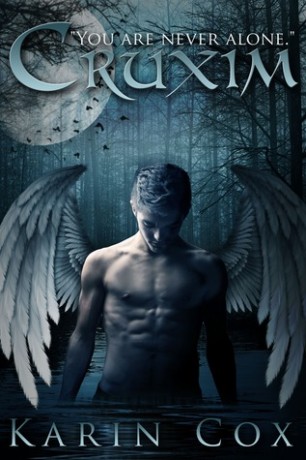 My guest author this week is the talented Karin Cox. She wears many hats, but writing stellar vampire stories is one of the things she does best. Cruxim is the perfect example of that special talent.  I can’t wait for the sequel.

Amedeo is Cruxim, a mysterious, immortal fallen angel. Destined to seek redemption as a vampire hunter, he quenches his insatiable hunger on vampire blood. But when the object of his passion, the novice nun Joslyn, is turned into a vampire and enters a vampire coven, Amedeo’s worlds collide. Shattered by the loss of his beloved, he vows to rid the world of vampires once and for all, even if it means destroying Josyln in the process.

A Paranormal Game of Cat and Mouse
Joining Amedeo on his quest to rid the world of the undead is Sabine. Half-woman, half-lioness, she is a Sphinx, a Guardian who has protected humans from vampires since the dawn of time. Yet Sabine comes to this fight pursued by her own enemies. An evil scientist, Dr. Claus Gandler, knows the secret of Sabine’s mythological past, vowing to torment her for eternity or destroy her forever.

Immortal Ever After
Captured by the evil doctor, Amedeo and Sabine are paraded as sideshow freaks in the Circus of Curiosities. Only vampire Joslyn has the power to intercede. Will she prove Amedeo’s redemption, or his destruction?

Introducing a new phenomenon to vampire lore… Just when you thought there was nothing fresh and innovative in the ancient vampire world, along comes Cruxim. Not a man, not an angel or a devil. A guardian. A breed so rare, few humans know of his existence. Yet the most hellish of vampires fear him, for his purpose in his immortal life is to destroy the undead. All of them.

From the opening page, Cruxim took me on a journey into a dark world of bloodsuckers, a legendary Sphinx, and a menagerie of human circus oddities (among them the wolfman and two-headed man), owned and controlled by the wicked butcher, Dr. Claus Gandler (a scientist more savage than any during the holocaust).

I fell in love with the Cruxim. Amedeo is like no other paranormal hero. He’s not infallible. He bleeds, he grieves, he suffers in affairs of the heart and personal conscience. He must make choices that no man, or angel, should ever have to make.

The author takes us on a hair-raising ride from beginning to end. Her characters are bigger than life, yet true to form. I cheered on Amedeo and the she-cat Sabine as they faced insurmountable odds to rid the world of vermin and to save each other.

Creche. Coming soon is the sequel to Cruxim. 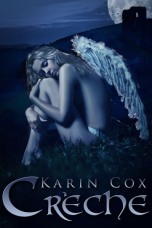 This beautiful Cruxim lady on the cover is Skylar, who will play a large role in the series.

One response to “Cruxim Tour — Gothic Fantasy by Karin Cox”