Thirty-year-old Maddie has no memory of being adopted. An only child, her parents loved and protected her. Family means everything. When her daily foundation crumbles after she miscarries and her husband leaves with her best friend, retreat becomes her coping tool. She’s soon forced out of seclusion by her rising success as a crime writer. The public spotlight brings menace in the form of an abusive ex-lover intent on revenge. He stalks her, waiting for his chance…until…an unlikely savior intervenes. She is Maddie’s long-lost sister, her mirror image twin. The sisters revel in a special bond, as if no time has passed.

Zach, a former LAPD homicide detective and Maddie’s writing partner, doesn’t take anything at face value. He digs into the sister’s background, revealing hellish early years on a farm that may have caused irrevocable damage. What he finds leads him to suspect she may be connected to a rash of vigilante murders.

As Maddie investigates her past, she must confront her new reality. She is haunted by unexplained fears and a recurring nightmare. The blood runs bad in this family. Long repressed memories gradually surface, forcing her to solve the mystery of her bone tree nightmare. Will the truth set her free…or destroy her?

Perched in her temporary home in the Hollywood Hills, Piper enjoys not only the expansive view down to Sunset Boulevard, but directly into her next-door neighbor’s yard. No ordinary neighbor, Sybil Squire was a 50’s screen goddess. Still a free spirit, she lives as she chooses, including a daily swim as Mother Nature created her, in the nude. That doesn’t surprise Piper.

What does surprise her is a chain of events that escalate into a deadly game of cat and canary. Piper becomes the canary, alert to new dangers. Pegged by the authorities as a meddlesome neighbor, no one takes her warnings seriously. Piper has to put the pieces together before she, herself, is permanently cut out of the picture.

Editing Hollywood movies was once her passion—piecing a story together—now that passion must save her and the idol she knew only on celluloid.

Things were looking up for Alexandra Carlson. With her divorce behind her and the mysterious death of her father fading in her memory, she was moving on. She lived in a wonderful secluded house on a mountainside in Reno, her paintings were beginning to sell, and there was even a hint of romance on the horizon. Then things began to happen. Little things. Anonymous phone calls full of heavy breathing. A broken tree branch outside her bedroom window. Her cat, Winnie–gone without a trace. A moving shadow above the skylight. Surely it was all her imagination…

Then one day she picked up the phone and there was someboby–somebody who knew her childhood nickname. In the background she could hear a scratchy record–an old song that brought dark memories out of the shadows.

That night something woke Alexandra out of a sound sleep. This time, the heavy breathing wasn’t coming from the telephone. Someone was in house with her. And she was at his mercy.

Roberta Paxton had a pleasant, challenging job, a man who loved her, and a host of good friends, but anxiety gnawed at her. At the back of her mind, at the edge of her vision, something was threatening her . . . something or someone. She tried to talk about it, but nobody wanted to listen, not even her thirteen-year-old sister, Tobie. Roberta had had these premonitions before, Tobie reminded her. She was just being paranoid.

But there was someone watching. Deep in the Tahoe forest, emerging only to stalk his prey, to watch and listen, to plot his final move, a vicious killer waited. Each glimpse of Roberta fired his need, but still he waited.

Nevada. The exclusive King’s Club resort casino is a glittering playground for gamblers with everything to gain…and the hunting ground for a shadowy killer with nothing to lose. So far, the odds are in his favor. Until casino owner Jay King places his bets on a beautiful private invesigator. . .

Kasey Atwood is an expert at undercover surveillance, and no stranger to this dazzling world of high stakes and low morals. Her attraction to the sensual, enigmatic King is immediate–and incendiary. As their love affair heats up, she becomes a pawn in a dangerously seductive game of passion and revenge. Then more innocent blood is shed, and Kasey knows she can’t afford to make one false move. At risk is nothing less than her heart–and her life. . .

Then — She is young, she is in love, and she is the first runner-up in a San Francisco beauty pageant. Regina Van Raven’s head is filled with hopes and dreams but they’re shattered in one unspeakable instant when a psychopath, obsessed with the destruction of feminine beauty, attacks her friend Corinne—the pageant winner. Corinne’s life is destroyed forever and the horror lives on in Regina’s heart. . .

Now — Regina’s memories of the ill-fated contest have finally begun to fade. She has a successful career in television, a beautiful seventeen-year-old daughter, a whole new life. It sounds like fun when a talk show host invites the five 1970 finalists for an on-the-air reunion. But someone is waiting in the wings, ready to strike again. . .and again.

Puzzling secrets, eerie atmosphere, vicious murders, these surround the Nevada town of Eagleton, where Roni Mayfield is trapped, compelled to investigate the brutal slaughter of her mentor Caroline Holt. While rumored a suicide, Roni knows that Caroline’s death is a result of sinister foul play. As a reporter who needs to investigate all happenings exhaustively and as a friend who demands revenge, she seeks to restore balance to the scales of justice. With only the rotting corpse, and ally John Glazer, she fights against a killer in the dark tunnels of the night. . .

WOMEN’S FICTION (a coming of age in the 50s)

“A powerful book! The characters are incredible…they spring right off the page. A fabulous coming-of-age story.” JoAnn Wendt–author of The Golden Dove.

Behind closed doors, a young mind is awakened to a world bigger than innocent brown eyes can imagine. Suzy Kovak learns early how to keep a secret.

One secret she didn’t keep. “When I was six, I sat Danny down on the curb and told him his mother was his grandmother and his sister was his mother—and that made him a bastard. A bastard, I said, was a really bad thing to be. It sent him into his house wailing, and bought us a one-way ticket out of my Aunt Flora’s court complex.”

Latchkey kids, Suzy and her brother, watch out for each other until he finds a new best friend. Forced to fend for herself, Suzy becomes a target for bullies. Growing up in Southern California in the 50s wasn’t exactly root beer floats and sock hops. Their single mother struggles to keep the family together. Suzy feels lucky to get in good the cool kids who would cut their mark into the flesh of anyone clumsy enough to cross the gang. Tough teen-agers take care of themselves. Yet sometimes a girl still needs her mom even if her mom is less than perfect.

Suzy holds tight to her secrets—until she meets the one person who unlocks her mind and sets the secrets free.

In the previously published (Alfred Hitchcock Mystery Magazine), “Shattered Crystal,” an obessed admirer stalks and harasses a young mother. She begs the police to help her, but justice is just out of reach.

What do you do when the law cannot protect you? When someone can predate on your thoughts, your actions, and ultimately ruin your life?

In “Carnival Balloons,” a neurotic actress finds the perfect stage role in a black arts Broadway production–but at what cost?
Anyone who loves The Twilight Zone will love this story.

“Lil’ Lamb,” deals with forbidden love, murder and double-crossed greed in the heart of the Mojave Desert.
Luce nails the atmosphere here of not-so-quiet desperation in the Mojave Desert. You can feel the tension in every word and action, and you know things will never be the same—it will only get worse.

FOR BETTER, FOR WORSE

BEYOND AND BACK is the story of blossoming love resurrected in a most unusual way.

In SNAPDRAGON, Emma must deal with not only the bittersweet memories, but also meddling relatives who would tear her away from everything she loves.

Krista must make a hard choice in this provocative tale of love, obsession, and revenge in BY VIRTUE OF BIRTH. 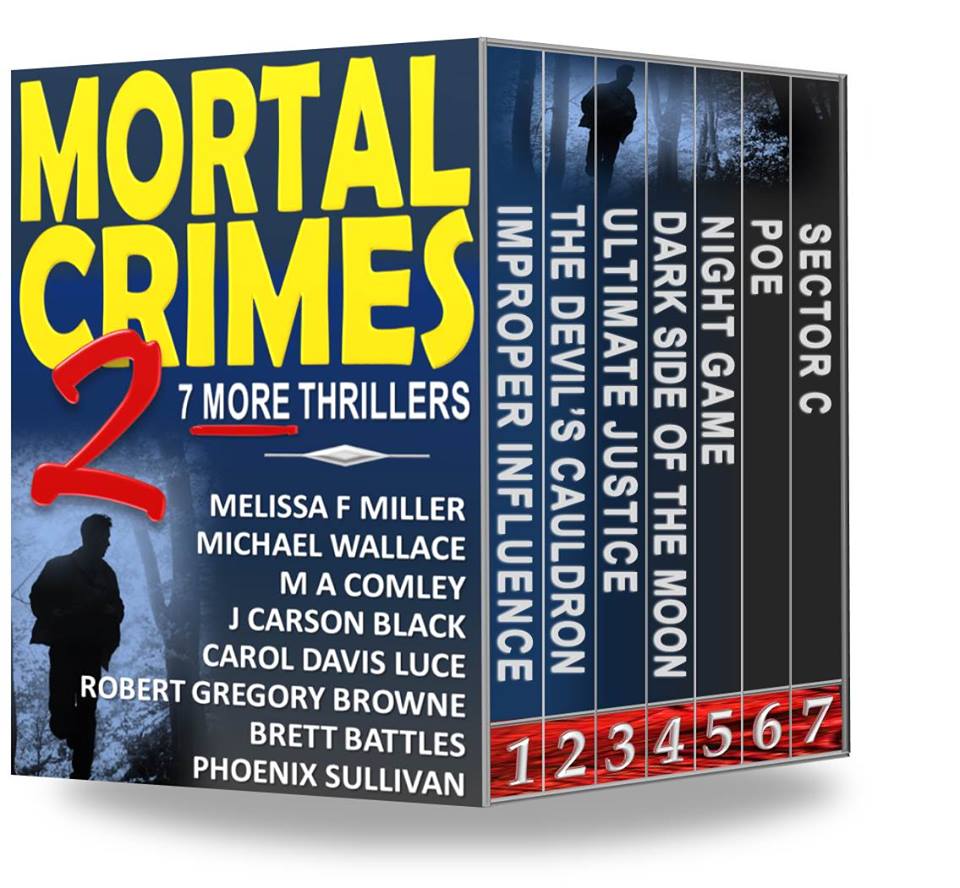 4 responses to “My Books”