Welcome the next Indie Chicks Anthology author, Christine DeMaio-Rice. Read her inspiring story on my blogsite. 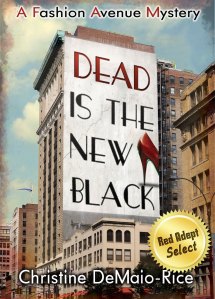 HOW A BIG YELLOW TRUCK CHANGED MY LIFE

An orange peel grapple is a big machine. Excavator on the bottom. Long arm in the middle. And a metal grapple on the end that looks like a horror movie claw. The base spins. The arm moves up and down. The grapple grabs stuff like SUVs and big piles of metal.

You may come across one while driving, and if you have a little boy in the car, you may have to pull over to watch the thing move cars into a tractor trailer. Otherwise, nothing about this machine will rock your world.

But an orange peel grapple changed my life.

My life was a complete disaster at the time. Though I had a beautiful baby boy and a good husband, I had a job in an industry I swore I would never return to, at a company that wanted nothing more than to suck the blood directly from my heart with a curly straw. This, after I had already sold all the blood in my heart to the film industry, which after a few meetings and screenwriting awards, looked like it might want to take a sip from that straw.

A sip, because as good as things were looking, I saw a long road in front of me. My work was not “commercial enough,” and my manager had made it clear that years would pass before I would be able to convince anyone that this lack of commerciality was a quality that was, well, commercial.

But no. My husband lost his job, and I found work in the fashion industry soon after. What I rapidly discovered was that, though out-of-towners could schedule meetings back-to-back all over town, Angelenos were expected to take a meeting at the last minute, or blithely accept a rescheduling. My boss, on the other hand, had no interest in moving around my personal days, and my sick days dwindled in my first three months on the job. It took only a few months for the meetings to dry up and for me to start writing a Santa Claus script out of desperation.

So, the blood-sucking fashion job with the inflexible hours was right next to a scrap yard, which apparently opened at the crack of dawn because when I got there at seven thirty every morning, the orange peel grapple was already grabbing away. If I had a minute, I watched it go up and down as I clutched my coffee, and I thought, one day I should get a video camera and film this because my son would love it. Really love it.

My son was about eighteen months old and just learning to talk. I missed him while I was at work, adored him when he was awake and with me, and the rest of the time, I found room to resent him for taking me away from writing. He was then, and has remained, a fireball of energy. His teacher alternated between calling him a Jack Russell terrier and a buzz saw. He is also obsessive. Right now, he has a room full of Legos. Before that, it was Thomas the Tank Engine, and before that, it was trucks. Big yellow trucks. He wouldn’t fall asleep unless he gripped a toy truck in each fist. When he received a Tonka loader for Christmas, it was love at first sight. He called it “lolo.”

One morning, with the vision of that big ‘lolo’ that I would later know as an orange peel grapple dancing in my head, I dialed a friend’s number. I’d known this man from Brooklyn, and he’d come to Los Angeles a few years earlier to attend the American Film Institute. Most importantly, he had a camera. When I got his answering machine, instead of asking him for the camera, I said something else entirely, something like, “Hey, wanna produce a kid’s video together? Here’s the pitch. Trucks. Okay, bye.”

That moment may not seem pivotal, but most turning points don’t when they happen. That moment, I took control of my creative life. My friend called me back the minute he got up, and we began the journey toward becoming business owners. We did not pitch the idea around town, and we did not ask permission to bring the work to the public. We put the DVDs on Createspace, and eventually had to hold inventory to meet the demand.

Lolo Productions and the Totally Trucks series have had ups and downs, but the process taught me two things. One, my concepts need to be simple. If I can’t pitch it in five words, it’s not a concept I should develop. My second lesson is that I can be in control of my product and my creative life. If I think something is worthwhile, I can bring it to my customers. Becoming the producer and publisher of my work means I understand now what agents and studio executives meant when they said “commercial.”